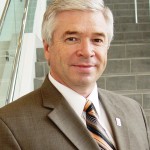 First, it’s wonderful to live in a country of liberty and freedom. The opportunity to worship freely, speak publicly, and put in print the things we believe in and hold dear are freedoms which shouldn’t be taken for granted. We are blessed to live in the land of the free and home of the brave. The freedoms we enjoy did not come cheap. Each generation has paid in installments of blood to assure freedom for the next generation. Many have worn the uniform and served with pride and distinction. Not all were called upon to give the full measure of devotion, but many did.

America has the finest, fittest, and best equipped military in the world. By design, its chain of command requires that it receive and follow orders from civilian authorities. The military goes where it’s told to go and fights whomever it’s told to fight. Politicians are the decision makers. This structure and process have served our country well for 250-plus years.

Seventeen years ago, Don’t Ask Don’t Tell became a national policy enacted by newly elected President Bill Clinton. It unlocked the door for homosexuals to serve in the military as long as they did not openly pronounce, practice, or promote the homosexual lifestyle. Congress struck down this policy on December 18, 2010, and President Barak Obama signed the order on December 22, 2010. This means that gays (homosexual men and lesbian women) can now serve openly in the military.

I speak as one from the previous generation who wore the uniform and served proudly in time of war. I also speak as one of those who were ready to give their lives if necessary in order to pass the baton of freedom to this present generation.  Edmund Burke (1729 – 1797) said: “All that is necessary for the triumph of evil is for good men to do nothing.” While I do not presume to call myself a good man, I do believe I have a responsibility as a veteran and an American to do something. That attempt to do something is the purpose of this article.

Where We Are Now

What impact will open pronouncement, practice, and promotion of the homosexual lifestyle have on the United States Military? It’s amazing how politicians seem to thrive on saying and doing what they deem to be politically correct. It’s also amazing how high-sounding words and unproven theories grab the media spotlight only to fade when confronted with reality.

What’s wrong with allowing openly gay men and women to serve in the military?

Here is one man’s opinion. First, there is the practical problem. Serving in the military is different than sharing a college dorm room (this writer has done both.) Military personnel sleep, shave, shower, dress, march, eat, and a number of other things in close proximity to each other. Cohesion and unity are paramount to fulfilling assigned military missions. One’s very life depends on the person next him. Anything that causes suspicion, mistrust, or division can cost lives. The sexual preference of an openly gay person will become known by other soldiers in his unit. It will cause problems that only those who’ve lived in that setting can truly understand. The Washington politicians don’t have a clue.

Second, there is the public perception. The image of the military has always been one of esprit de corps, pride, and excellence. America’s military has been feared and respected by our enemies. It represented the best of the best, and an enemy thought twice before confronting it. The acceptance and open practice of homosexuality in the U.S Military will reinforce our enemy’s belief that Americans are infidels with low morals. It can and will be used as a recruitment tool by those who want to destroy America.  It will impact the view of the military by people back home.

Can you imagine two men in uniform walking through the mall holding hands or kissing on a street corner? The uniformed image of macho men standing tall gives way to visions of a morally declining – morale weak military. This too may serve as a tool, but not for recruitment, it may actually hinder recruitment. Since we now have a professional, all-volunteer military, men and women who hold deep moral objections to the practice of homosexuality may decide to “just say no” to becoming part of a military that permits it.

Third, there is the personal puzzle. This takes on two dynamics. The first dynamic is that the person who comes out of the closet and openly declares he or she is gay, will be in a small minority.  He will find himself isolated to a certain extent and will be unable to develop essential relationships for the success of the unit. Actions will be looked at through suspicious eyes and sometimes may be misinterpreted. He might suffer physical abuse and emotional ridicule.

The second dynamic of the personal puzzle is the straight soldiers serving alongside gays. They will feel uncomfortable in the up-close-and-personal surroundings of showering, dressing, sleeping, and more that are unavoidable in a military context. What will be demanded of military personnel? Combat, IED explosives, and the pressure and rigors of the battlefield create unbelievable stress. Soldiers and sailors sign on knowing the possibility of battlefield stress. But is it fair or practical to require that they live with the added stress of those who practice immoral and abhorrent behavior, which they did not sign on for?  This could cost more than a decline in morale, it could cost lives.

A number of problems arise from allowing homosexuals to openly serve in the military. We’ve looked at three.  While much more could be said, there it is—one army veteran’s opinion on why allowing gays to pronounce, practice, and promote the homosexual lifestyle in the military is a huge mistake. Only time will reveal just how big this mistake might be.