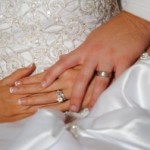 A short version of the definition of Oxymoron is a figure of speech in which contradictory or opposite words or concepts are combined. I love oxymorons. We use them all the time. We use expressions like pretty ugly, freezer burn, the same only different, deafening silence, plastic silverware, Jumbo Shrimp and one of my favorites a definite maybe. On the surface they sound good but when looked at a little more closely the apparent contradiction becomes obvious. The most recent oxymoron to appear the national stage is same sex marriage. Same sex and marriage are definitely opposite words and that contradict each other.

With our president having been named the first Gay President on the cover of a prominent national magazine because of his recent out of the closet support for openly homosexual marriage, biblical truth demands a response from those who hold dear the teachings of scripture. That is the purpose of this article.

We have arrived at this crossroad on same sex marriage because of a gradual decay in the national conscience of right and wrong on the matter. It began with the Don’t ask Don’t tell policy of President Bill Clinton on December 21, 1993 permitting gays to serve in the military as long as they did not openly proclaim their homosexuality. It continued its’ progress with eight states allowing same sex marriage. It was further promoted with the February 23, 2011 U.S. Justice Department’s decision at the order of President Barak Obama to no longer to enforce the Defense of Marriage Act. This is important because it gutted the law of the land by removing the federal enforcement prohibiting same sex marriage. This was followed seven months later on September 19, 2011 by the repeal of don’t ask don’t tell allowing homosexuals to openly proclaim and practice their gay lifestyle in the military. I wrote an earlier article from a veteran’s perspective on the horrific problems with the policy soon after it was adopted (https://royharrisministries.com/journalism/current-events/dont-asktell) which might be worth reviewing. The capstone of this campaign, which undermines the foundation of society, is the recent presidential proclamation of support for a redefining marriage to include members of the same sex.

What is the problem with same sex marriage?

You may wonder why even ask the question. I believe we must be ready with an answer to a world which is being coerced under the banner of political correctness to not only tolerate but also to embrace the homosexual lifestyle and same sex marriage.

There are a number of things wrong with same sex marriage. The most obvious to the Christian is that same sex marriage violates God’s biblical plan for marriage. Genesis 2:24 reminds us that a man is to leave his father and his mother, and cleave unto his wife: and the two then become one. Leave and cleave are important words but the word wife is the kicker. The word in the original Hebrew is ‘ishshah (pronounced ish-shaw’). The word is a feminine word and always refers to the female of the species. God’s plan for marriage was simple – one man, one woman not two men or two women. Those who advocate the man to man / woman to woman marriage concept are trying to change the marriage plan designed by God Himself. They find themselves in direct conflict with the biblical truth that marriage is between a man and a woman. God makes it clear that a MAN shall leave his parents (shall relinquish the old relationship) and cleave (be fastened together in new relationship) to his WIFE. The two partners here are clear, male and female.

Where do we go from here?

First of all we should be encouraged by North Carolina becoming the 30th state to define marriage as being between a man and woman. Our votes do count! We live in a unique country with the freedom to voice our opinions. We should be actively involved in the political process. We should examine the moral positions of the candidates and measure them against biblical truth. Sometimes we must choose to vote for the lesser of two evils – but not to vote at all is a vote for whoever is elected.

Secondly, we must funnel polls, media propaganda and political correctness through the prism of the Word of God. As I recall, Elisha went against the prevailing word of his day but the power of God prevailed at the end of the day.

Thirdly, we must clearly proclaim from our pulpits the biblical origin, design and purpose of marriage and the sin of homosexuality and the problems produced with same sex marriage.

In my opinion, America is at the most crucial crossroad in her history. I fear that if same sex marriage is accepted by our nation, the 236 year embrace of this nation by our Heavenly Father may be broken. It is time for action! 2 Chronicles 7:14 is an ageless prescription for cure. We must humble ourselves admitting the desperate moral decline of our nation, pray asking for God’s help in turning this nation around and examine our personal lives as Christians dealing with any sin the Holy Spirit reveals to us.  If we do that maybe God will continue to be awful good to us (sorry, couldn’t resist one more Oxymoron).